Empathetic Leadership During a Time of Crisis

Five years ago, Patrick Ens was wrapping up a meeting with a mentor who asked a question seemingly out of the blue. “Do you want to run the Canadian business at some point?” she said.

“I was like, ‘Wow. Is that even a possibility I should be considering?'” Patrick shared. And over the next five years, he seized every opportunity to achieve his now stated goal of leading Capital One Canada.

“One of the hallmarks of my time at Capital One has been mentors and colleagues coming up with career possibilities for me.” Patrick shared, “It’s allowed me to be more intentional about achieving milestones in my career.”

Patrick was appointed President of Capital One Canada in May of 2021. As the year comes to a close, Patrick shares how his colleagues have encouraged him during his 15-year career with Capital One, his perspective on leading in a time of crises and the importance of supporting associates’ mental wellbeing. 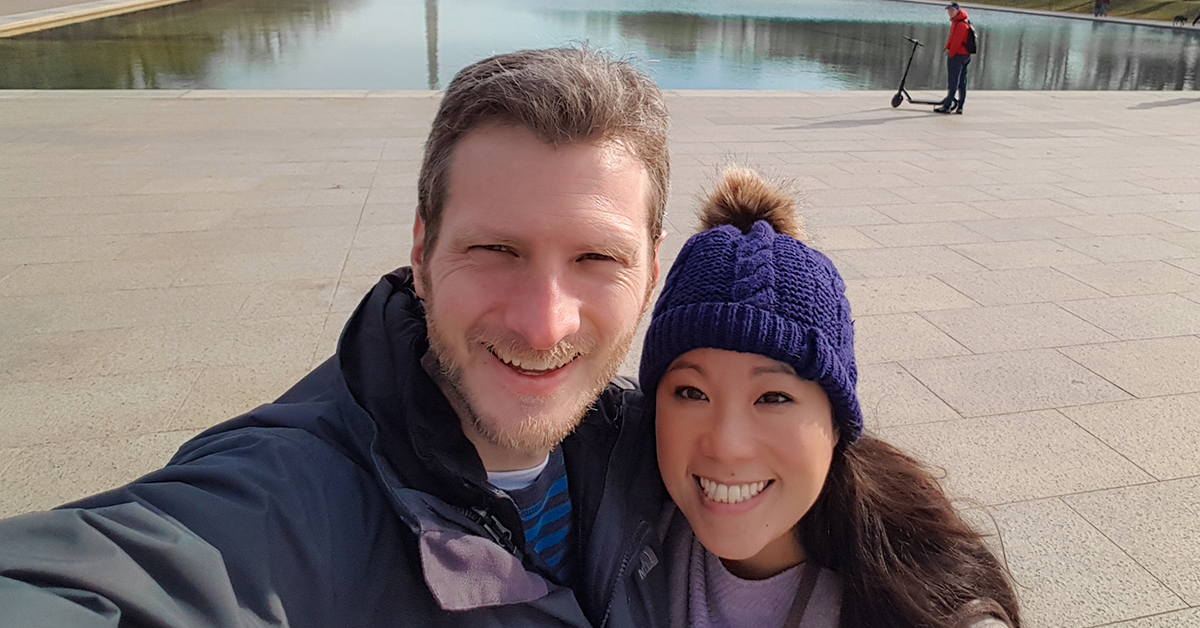 Patrick began his career as a Business Analyst for Capital One Canada after graduating from Queen’s University in Ontario. He didn’t intend to spend long with the company.

“I came in to learn as much as possible and take that experience with me as I grew my career elsewhere,” he said. “But as I quickly came to realize, the learning and growth here would never slow down.”

As Patrick settled into life at Capital One, he began to appreciate the company’s culture of excellence, rooted in associate curiosity and unyielding support for one another. He built a community of colleagues who would propel his career forward. Staying at Capital One became a priority.

Patrick remembers a presentation he gave toward the end of his first year that went well. A senior manager pulled him aside afterward and told Patrick he was capable of being a leader. Other mentors helped Patrick improve his leadership, decision-making and communication prowess as he became Business Director, Vice President and Managing Vice President.

“At Capital One, people have had bigger dreams for me than I’ve come up with for myself and encouraged me to pursue those,” Patrick said.

For Patrick, leadership sometimes means listening to and asking for help. During the first few weeks as President, Patrick met with leaders on the Marketing, Human Resources and Diversity, Inclusion and Belonging teams to learn more about how to support their work.

“So many people stepped in and said, ‘You’re the right person for this role. I’m here to help,’” he said. “I had this whole team behind me. As a leader, you have to be open to input from a broader set of people. You have to encourage them to bring their expertise to the table.”

Patrick’s strengths as a leader are empathetically connecting to his teammates, encouraging their growth, letting his associates know they have the grace to try and fail and making space for everyone to be heard.

“All of us have this shared understanding that we’re at Capital One to make a big impact,” he said. “I want people to know they’re not alone here. Diversity, inclusion and belonging is at the foundation of everything we do. Everyone has the opportunity and support to thrive and make a difference.”

A mindful approach to mental wellbeing

Supporting associates’ mental wellbeing has been as pivotal for Patrick as nurturing their professional growth.

Patrick devotes time in his one-on-one meetings with colleagues to ask how they’re doing. He encourages them to take breaks, disconnect during their time off and check out associate-led groups like Gray Matter, which focuses on supporting mental health, and 1 in 5, which cultivates a mentally healthy culture for Capital One Canada associates.

“We’re moving the needle toward a point where people are comfortable sharing when they need encouragement or a break,” Patrick said. “It’s associates driving those conversations and leaders willing to be vulnerable, putting themselves out there and showing everyone how they care for their mental wellbeing. It’s a testament to what makes Capital One such a great place.”

Patrick also makes space for his mental wellbeing. He routinely uses his lunch break to run outside with no headphones so he can absorb the sounds around him.

“If I have a rough morning, then I go for a run at lunchtime and clear my head,” he said. “I perform at a totally different level in the afternoon. I’ve learned during the pandemic that the best version of yourself is only achievable if you give yourself the opportunity to be taken care of.”

Building confidence in others

Ultimately, Patrick wants to use his leadership platform to elevate associates in the same way his mentors and advocates have helped him grow. He’s passionate about creating opportunities for his associates to succeed in their careers and gain belief in themselves, all without sacrificing their wellbeing.

Patrick wants to continue making Capital One a place where all associates prosper.

“My confidence has increased because people here believe in you, push you to try new things and support you,” Patrick said. “My self-esteem and view of myself have changed dramatically, for the better, in the last 15 years. That is the real gift I’ve gotten from Capital One. My goal is to pass it on.”