The Road to a Forever Family: Ian’s Adoption Story

For Kevin and his husband Craig, now parents to a happy and healthy son, the dream of creating a family together was there from the beginning. They explored a couple of different options to make that dream come true before deciding that adoption was right for them. But the journey to parenthood was fraught with adoption woes, a medical scare and a long wait in a hotel room…

To adopt or to use a surrogate?

When Kevin and Craig first started exploring the idea of starting a family, a generous friend stepped in and offered to be a surrogate. At the time, Kevin was working for another financial institution that offered little in the way of support for surrogacy or adoption. So Kevin, Craig and their friend’s first stop was a lawyer’s office to understand the ins-and-outs of surrogacy.

Unfortunately, they were in for a few unexpected legal surprises — since they lived in Texas the rules and regulations for same-sex surrogacy were far more complicated than they’d anticipated. “We were shocked by how hard the laws made it for both of us to be listed as parents on the birth certificate,” remembers Kevin. There were even more roadblocks however…from needing a donor egg, to IVF costs and other medical expenses. Despite the help of their friend, surrogacy began to seem like a problematic choice for creating their family. That helped them decide that adoption was the best choice for turning their family of 2 into a family of 3. 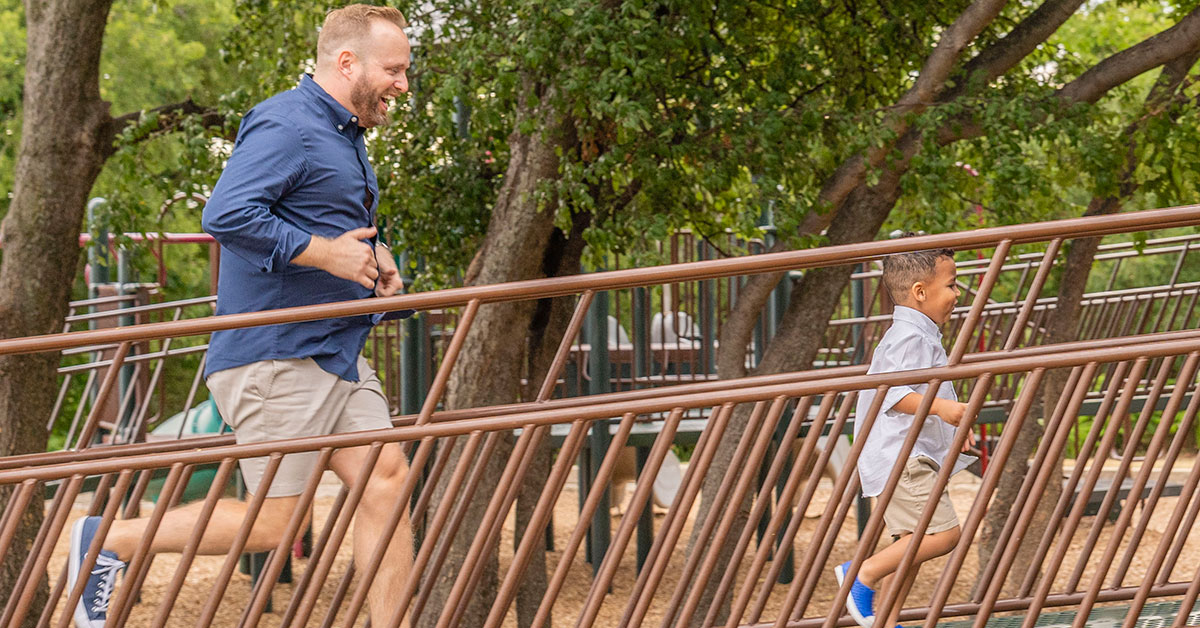 While they explored all their options, Kevin was also in the market for a new job. Capital One’s adoption benefits played a big part in making the leap from his previous employer, where he managed home loans. On his initial call with a recruiter for a project manager role at Capital One, he asked about adoption reimbursement. “I was definitely interested in the job, but once I heard that Capital One would financially reimburse you for the majority of adoption fees, I was even more invested in coming to work here,” said Kevin. He nailed his job interview, accepted the offer and started work, pleasantly surprised to find out that as a full-time associate, all of his benefits, including adoption reimbursement, were available to him and his husband on day one.

The highs and lows of adoption

Kevin and Craig found an adoption agency and began the process of pulling together the necessary paperwork, setting up interviews and completing home visits. They were thrilled when they completed the screening and knew that they were being put on lists to match with birth mothers. 9 months later, they were notified that a birth mother in Tennessee had selected them as potential parents. Kevin recalls being incredibly excited, “The baby was due in early December, so we thought we’d have a new family member at Christmas.”

His team at Capital One was also looking forward to celebrating the little one. Around Thanksgiving, they surprised him with a baby shower. “It was so sweet, but added to the heartbreak when the adoption fell through,” Kevin said. The birth mother, who had initially been incredibly communicative, stopped reaching out and returning calls. Eventually, they got the news from their social worker that she had decided to keep and raise the baby herself. “It was a bleak holiday season for us,” he recalls.

Coming back to work after the holidays was tough, but luckily Kevin and Craig were able to lean on each other. A few weeks into January, their social worker called again to say that they’d been selected as the parents for a baby boy, due in February. “It happened so fast! We were still in shock from the previous adoption that didn’t end up happening,” said Kevin. But when they talked with the new birth mother in South Carolina on the phone, the connection they felt was immediate. She even told them she wanted them to attend the birth!

With this new baby’s arrival imminent, Kevin had to have some difficult conversations at work around whether to bring his team in on what was happening at home. “I didn’t want to bring it up to my entire team, in case it didn’t work out again,” he said. After discussing it with his manager, they decided to keep it between the two of them until they knew how it would all work out. “I appreciated her flexibility — it’s not easy to plan work when you don’t know if one of your people is going to suddenly be gone for an extended period of time.” With his manager’s support, he knew that if and when the call came, he could concentrate on what was most important: bringing his new baby home. 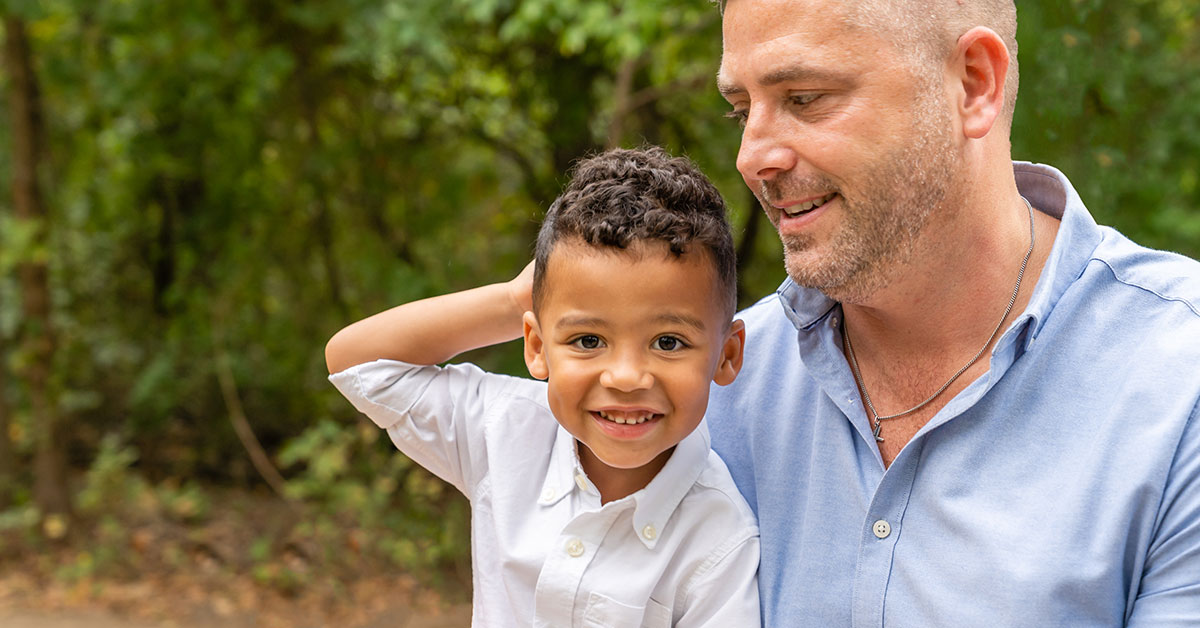 A birthday and a road trip

On a Monday, the birth mother gave them a call to let them know she was being induced the following Friday. Craig had to finish a grad school exam, so they quickly decided that Kevin would drive the car from Texas to the tiny town in South Carolina to be at the birth. “It was a tense trip,” Kevin recalls, “the anticipation and hope was hard to contain.” By the time he’d arrived, Craig had finished his exam and caught the first flight to South Carolina. They checked into a hotel and headed to the hospital to attend the birth of their son.

When they arrived at the hospital, the birth mother was quick to introduce them as the baby’s parents. Most of the staff followed her lead and referred to them as the dads. “I was surprised at how accommodating most of the nurses were,” Kevin said. This became very important as the birth progressed, since everything did not go as planned. “It was pretty scary there for awhile,” said Kevin.

When their son Ian was born, he’d aspirated some birthing fluids and was having trouble breathing. It became clear that he needed more care than the small hospital he was born at could provide. It was decided that Ian needed to be transported by careflight to Charleston Children's hospital. Kevin and Craig followed behind in their car, worried about their new son’s ability to breathe.

Ian’s birth mom had also experienced some complications and joined them later at the bigger hospital. Before even coming into the NICU to see Ian, she signed over her parental rights to Kevin and Craig and continued to refer to them as his parents. “Signing those papers meant that we had full-decision making power when it came to his medical care,” said Kevin. It also meant they were legally his parents, at least in the eyes of the state of South Carolina.

After a couple of nights in the NICU, Ian’s lungs were working well and he was cleared to go home. Unfortunately, going home to Texas wasn’t a possibility, since the paperwork hadn’t come through yet. Kevin and Craig found that when you adopt across state lines, the states in question must come to a custody agreement before you can transport your child from one state to the next. That meant that Kevin, Craig and Ian were stuck in a South Carolina hotel room until their home state and Ian’s birth state came to an agreement and they were given clearance to take him home. “Caring for an infant in a hotel room with limited space is not exactly ideal,” shared Kevin, “But it gave us a lot of time to bond as a family.” After a few days, they got word from their lawyer that they were cleared to finally take Ian home to Texas. 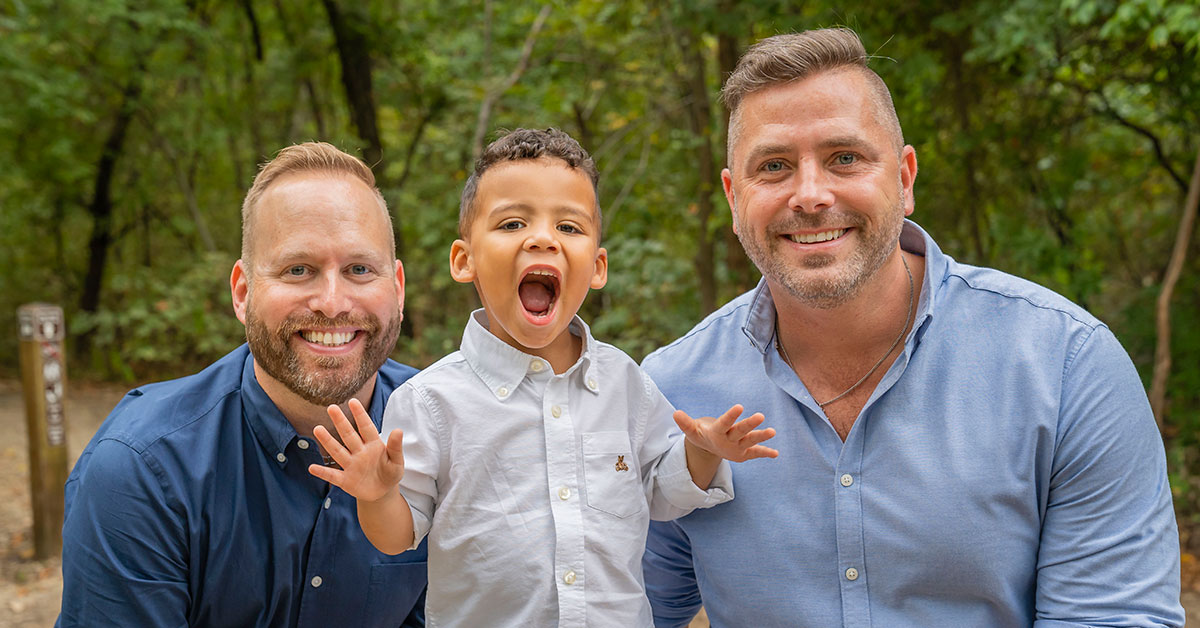 A happy ending for a happy family

These days, even when life is hectic with a small child, Kevin and Craig are happy to have their family in a comfortable routine. Ian is a thriving 3 year old with two parents who love and cherish him. “It’s been such a pleasure to watch him grow and see the person he’s turning into,” said Kevin. Thinking back on the journey that brought Ian safely home, he says, “It might not have gone exactly as planned, but everything worked out perfectly in the end.”