A Tale of Two Adoptions

A family is a family. They come in all sorts of sizes and forms. And dreaming about your future family is pretty common. How many children will you have? When is the right time to have them? What’s the best way to plan for providing for your family? These tactical and pragmatic questions go hand-in-hand with dreaming of adorable onesies, fun birthday celebrations or heart-warming first Thanksgivings. 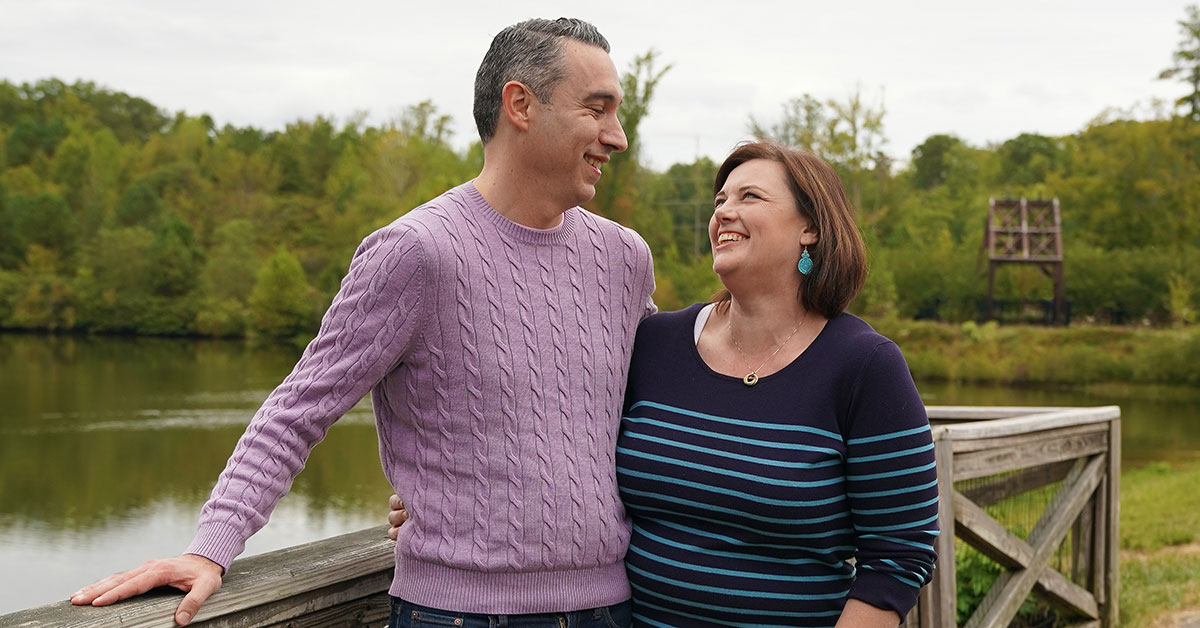 Two adoptions: one with adoption benefits and one without

Now the dad of 3, Richard’s first foray into fatherhood both took years — and then happened suddenly. He and his wife had a pretty straightforward plan: get married in 2000 and then eventually have two kids (one boy and one girl-of course!). But after a couple of years of not-really-trying, but also doing nothing to prevent a pregnancy, they became concerned. A few trips to a fertility clinic and a lot of discussions and decisions later, they decided to adopt.

“Adoption wasn’t this big scary idea for us — that I think it is for other people because we had exposure to it,” Richard said. He and Dot were aunt and uncle to an adopted baby girl and had seen first-hand what the adoption experience was like, and how much his brother and wife loved their daughter. They were, however, concerned about the cost of adoption, since they would have to pay thousands of dollars, completely out-of-pocket.

They decided to move forward with adoption and contacted the same private adoption agency his brother had used. After a lot of paperwork and home visits, they were an approved family and started getting matched with birth mothers. “We really didn’t put any restrictions on it… we just wanted to be a family — race didn’t matter, religion didn’t matter, age wasn’t important. We just felt like the right child would find us. And eventually that happened,” said Richard. In 2004, the call, the one that would forever change their lives, finally came through.

It was a Saturday, and Richard still remembers it vividly. “Are you sitting down? A baby girl was born today and the mother has selected you to be the parents. You can pick her up at our office on Monday,” the social worker said. That gave Dot and Richard about 48 hours notice before their daughter’s arrival, so the scramble to prepare their home for an infant was on. But when they got to the agency’s office on Monday and finally got to hold Jane, Richard explained “That feeling is… emotionally overwhelming, to hold your kid for the first time. Whether it’s biological or not, you’re holding your child and it just changes your whole life.” 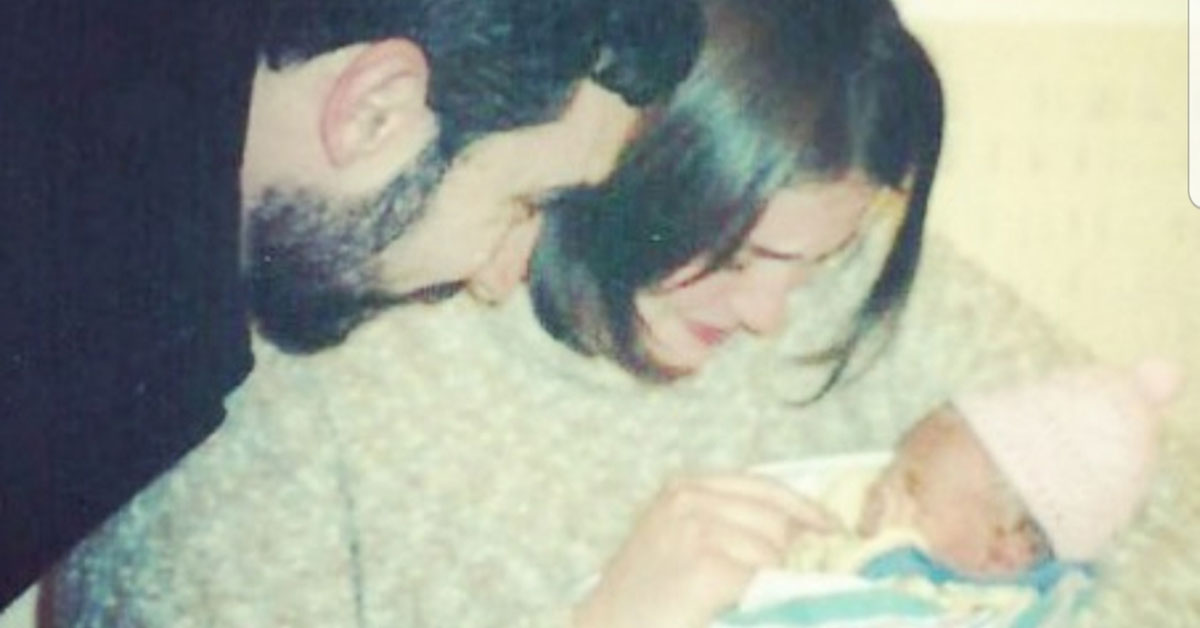 The happy family of 3 went on about their lives and in 2006, Richard accepted a job at Capital One. Meanwhile, their home study was still valid and on file at the adoption agency, but they weren’t too focused on it since they were busy at home raising Jane. One Tuesday, that same social worker called, with a very similar and life-changing news. A baby boy had been born and they had been selected by the biological mother as the parents. Again, welcoming a newborn with 48 hours notice threw the little family into chaos, but Richard said, “I remember holding him and thinking, this is my boy. Nobody is going to love their kid more than I love my kid.”

This time, because Richard was a Capital One associate, the family had a lot more resources to help support them. “The adoption benefits at Capital One were incredibly helpful,” said Richard. They fully covered Luke’s adoption agency fees and money at that point was tight. As Richard remembers, it made an “unbelievable difference” for their family. Instead of paying an adoption agency fee, they were able to use their money for diapers, another car seat and all the other things bringing a second child home needs.

In addition to helping with the adoption fees, Capital One’s paternity leave benefits were incredibly impactful (at the time it was 2 weeks, but since then, parental benefits, no matter how your child joins your family, is now 8 weeks). With two days notice, Richard said his team couldn’t have been more supportive or more genuinely happy to support his growing family. “From my perspective, it couldn’t have gone any smoother,” said Richard. He was able to take time off to help get his new son, Luke, settled securely into family life.

A few years later, and much to Richard and Dot’s surprise, they discovered they were expecting a third child, this time biologically. It was a shock at the time — they’d been married for over 8 years at this point and thought their family of 4 was complete. The biggest difference between adopting and having a biological child for them? “This time we had 9 months to prepare,” Richard said, laughing. The family welcomed Jenna, finally completing their happy family. 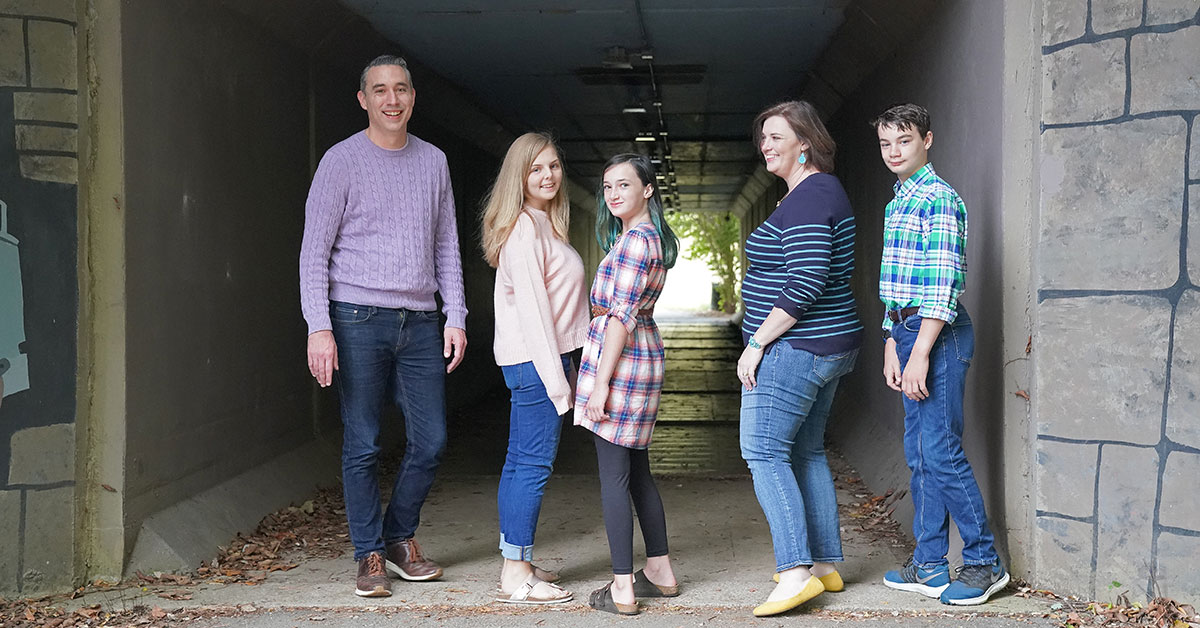 Today, Jane is 15, Luke is 13, and Jenna is 10, and as with all families, the needs of each child have changed as they’ve grown and matured. “Between soccer practice, ballet recitals and band practice, we’re always busy,” said Richard, “So I’m really cognizant of work/life balance. The flexible work arrangements and scheduling is incredibly important to me.” Since Dot is a middle school teacher, the flexibility for Richard to work from home has helped time and again with doctor’s appointments, staying at home with a sick child or attending school events. “I appreciate the freedom and flexibility to manage my career and workload while also being a present parent,” Richard shares.

If you’re thinking about adopting, Richard offered up some helpful advice, “Adoption is an incredible way to grow your family. And you will love that child more than you thought possible.” He also stressed how important it is to do your research and make sure you know all of the possible ups and downs that go along with adopting. In the end, he thinks that no matter how you make your family, being a parent is an incredible gift. “The love you have for your children… there is no differentiation in our minds. They are just our children. We never think of them as biological or adopted. They’re your kids and you love them.” 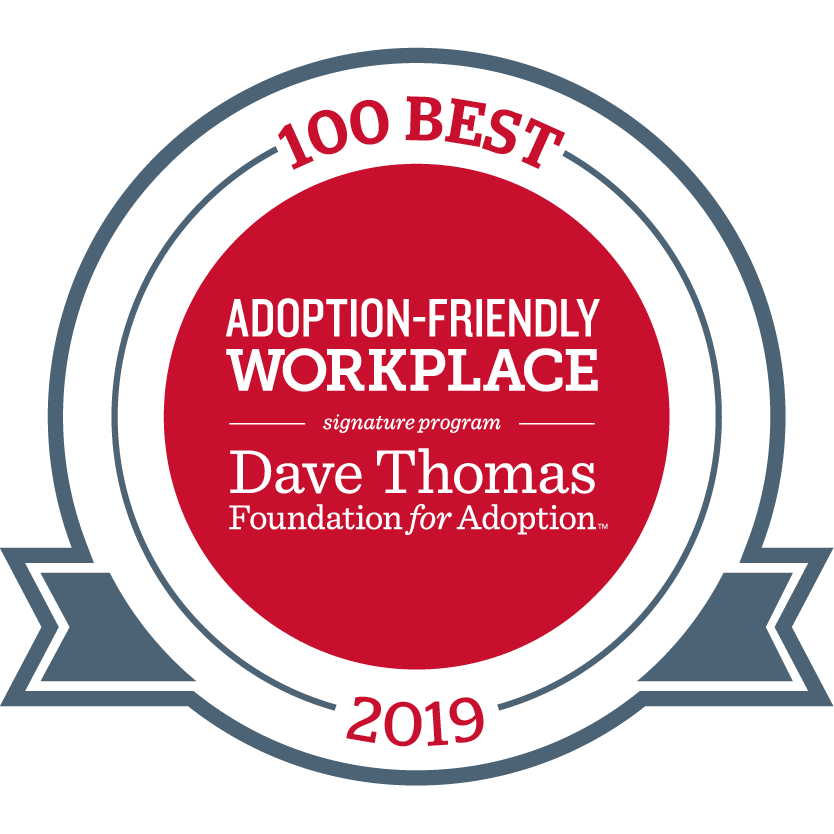 We know Capital One is a great place to work, but it still feels amazing to receive third-party validation! That's one reason we're thrilled to be included on the 2019 Best Adoption-Friendly Workplace by the Dave Thomas Foundation. Read more about why we're #3 on their list here.